«There is a very thin line between the content and the container at the museum, so much so that sometimes we forget the real reason why we are here”. The words are those of Dr. Isabella Nobile, curator of the Civic Museum of Como, and our guide on an exciting journey through the rooms of the museum that embraces both history and architecture. “The aristocratic palazzo, which overlooks Piazza Medaglie d'Oro, is of late medieval origin and originally belonged to the illustrious Giovio family. In the late eighteenth century, Count Giovan Battista completely remodelled it in Lombard Baroque style, bestowing upon the building the appearance that it still has today. Giovan Battista was an enlightened and erudite nobleman who threw himself into the cultural life of his time. He invited numerous literati and scholars here as his guests, including the likes of Ugo Foscolo, Vincenzo Monti and Alessandro Volta”». 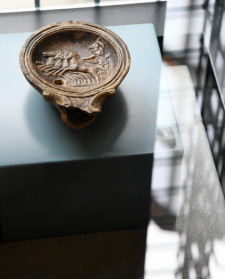 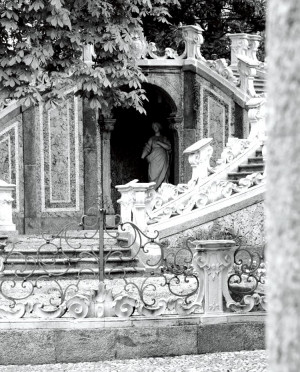 The structure has an inner courtyard whose backdrop is the recently restored nymphaeum flanked by a double pincer staircase that leads to the garden, bordered on one side by the course of the Roman walls. The exhibition itinerary provides a historical narrative accompanied by a lively rhythm of stylistic friezes, and the staircase of honour whose walls house the epigraphs and the coats of arms of the families of the great and good of Como. Also noteworthy are the two tondo, one depicting Benedetto Giovio, who, like his more famous brother Paolo, was born in this building in the fifteenth century, and the other that of his wife Maria Raimondi. Education and culture are intertwined in the museum in a continuous play of archaeological, pictorial and architectural references. “In some of the rooms”, continues Isabelle Nobile, “we have deliberately kept the original nineteenth-century display, in others we have arranged the windows to invite the visitor to “raise their gaze” to view the frescoes or paintings without being distracted by the museum’s exhibits”. The museum is in fact a house and its structure reflects this, with small rooms where the focal point is constantly moving from the windows to the walls, and from the windows to the ceilings, as in the room of gems and paste jewellery, which was once was the music room of the counts Giovio, where there are also four large paintings by Rodriguez. 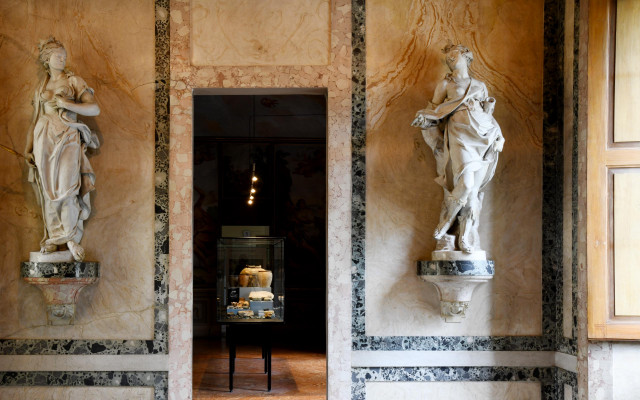 «In the noble first floor rooms there is a section dedicated to nineteenth-century collecting, mostly taken up by the collection of Alfonso Garovaglio, who donated its over 6,000 items to the Museum. The itinerary passes through the Barelli room, once a ballroom and now a conference room, decorated with architectural squares by Vignoli; the prehistoric hall with the collection donated by Innocenzo Regazzoni; the Perrone room, entirely frescoed with mythological scenes by Giovan Battista Rodriguez, and Greek and Magno-Greek vases; the Egyptian hall with almost a thousand relics, including a sarcophagus with a mummy; the aforementioned hall of gems; the numismatic hall and the bronze figurines room. There is also a room containing important Mesopotamian finds, a collection that is unique of its kind in Lombardy, rivalled only by that of the museum of Mantua». 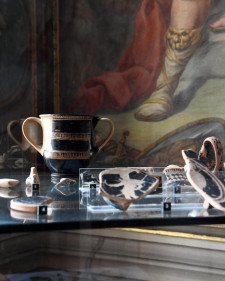 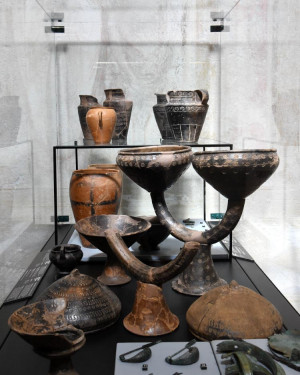 The largest section is however the one dedicated to Como’s pre-Roman era: “What emerges from the artefacts preserved here is the importance of Como’s location on the principal trade route between the central Italic and the transalpine regions. There are in the museum’s rooms some pieces of great importance. Pre-eminent among these is the ceremonial wagon that was found, dis-assembled, in a princely tomb of the 5th century B.C., and was rebuilt in the Museum in 1930 on the basis of the knowledge available at the time; there is the toiletry set in silver with gold detail and its six articles for personal hygiene and grooming, and the silver coin found in Prestino, from the Populonia mint, depicting the Gorgon and the value mark of X, that is 10 asses. This is special importance because it is the only Etruscan coin found north of the Apennines, indicative of trading between Etruria and the north of the Alps”. The coin is displayed in the wedding hall, which was frescoed by Giovanni Battista Ronchelli for the occasion of the marriage between Count Giovio and Chiara Parravicini, depicted here in a large Allegorical work, together with myths of love of antiquity. The next room is adorned with eight scagliola statues by Stefano Salterio, each representing an Olympian divinity. 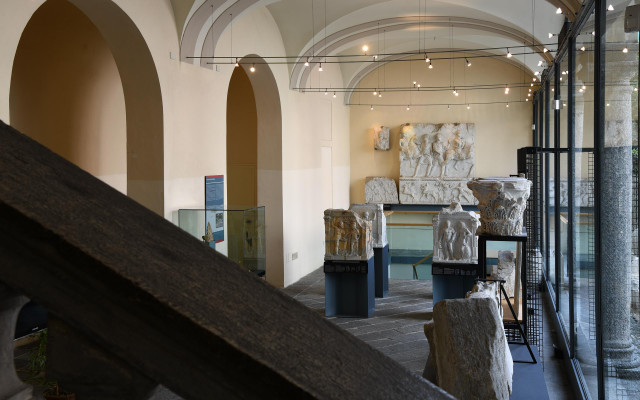 The visit continues in the adjacent Palazzo Olginati, in which the Roman exhibition is housed. “There is an aerial connection between the two buildings in the form of a small bridge that leads to the rooms dedicated to Roman Como. On the ground floor, in the space created by closing off the portico with glass, the Roman finds are thematically displayed. On the shorter side is the display of the city and its monuments, including a frieze of the parade of horsemen, four bases displaying mythological scenes, part of a bust of the emperor Septimius Severus, and elements of an honorary arch. A four-metre dig reveals below ground strata and the level at which Roman Como stood. The longer side illustrates aspects of daily life, relating to religion, the military, trade, cooking and dining, games, ornaments, medicine and, at the end, necropolises. Particularly noteworthy is the portrait of the first emperor, Augustus, but there are also numerous artefacts that offer a picture of daily life in ancient Rome, such as the grill for cooking meat, and the terracotta babies’ bottles. An accurate model of Como in our times shows the Roman monuments in red to help us imagine how the city appeared in those times”. The museum takes us on a walk through history during which we are sometimes pleasantly distracted by a statue, a frieze, or a painting in a space replete with art and culture.