A high stone wall along the Via Regina road from Ossuccio to Lenno opens at a certain point to reveal a boxwood garden, punctuated with cypresses and a large central fountain, that leads the eye to Villa Balbiano’s great rusticated front door. 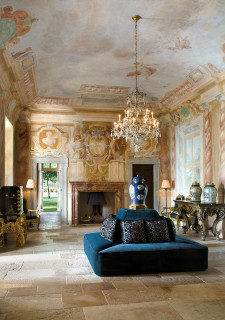 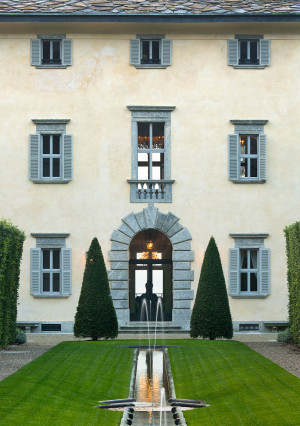 The aristocratic façade of Villa Balbiano is enlivened by ornamental detail, unfolding with the spacing of the windows, in a play of perspectives that soften and calm the aspect it presents to the greenery on the one hand, while remaining elegant and dignified on the side it reflects in the waters of the lake. 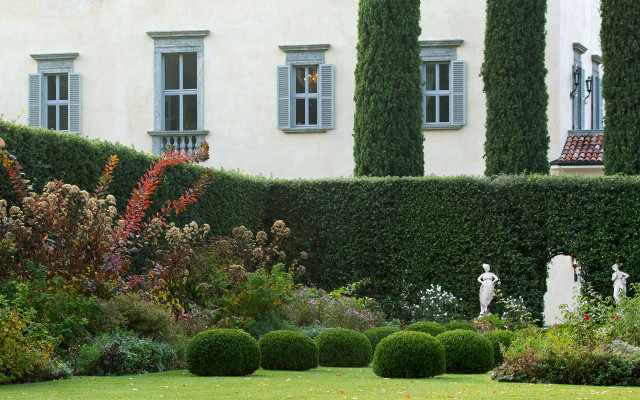 Balbiano belonged to the ancient Giovio family, but was purchased at the end of the sixteenth century by Cardinal Ptolemy Gallio, who spent years over the plans for its residential form with the architect and painter Pellegrino Tibaldi. In the early seventeenth century, Marco Gallio intervened with structural modifications that still characterise the property to this day. He altered the façade and levelled the ground toward the mountain to gain space for the Italian garden. The house reached the height of its splendour and social kudos at the end of the eighteenth century, when Cardinal Angelo Maria Durini, patron of the arts, established his home at Balbiano. The cardinal would hold his literary dinners at the heart of the house, in the library, at the galleried pavilion, in the company of the likes of Parini. 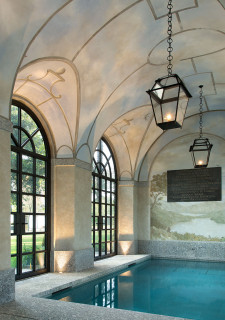 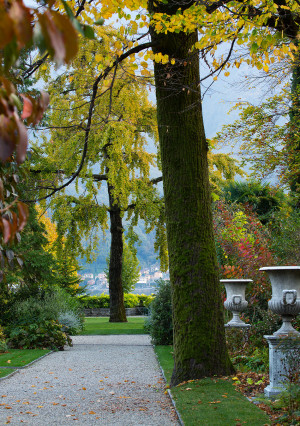 The entrance hall makes its statement with the original frescoes and the dining room and the library lead on to a picturesque covered terrace with fireplace. Above, the first floor affords priceless views over Lake Como.