Everyone here is familiar with this Como fish delicacy but few, if any, know its true origin. There are stories of a beautiful, tall, blue-eyed Swedish tourist who towards the end of the nineteenth century taught the fishermen of Lake Como a preserving technique used in Scandinavia, in order to pay back the hospitality she had been shown. We could though go back much further in time, to Roman times, when a colony of Greeks settled on the banks of Lake Como to guard the territory of the ancient Via Regina, in defence of the Empire. 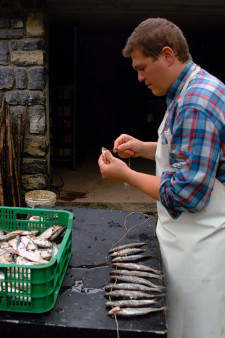 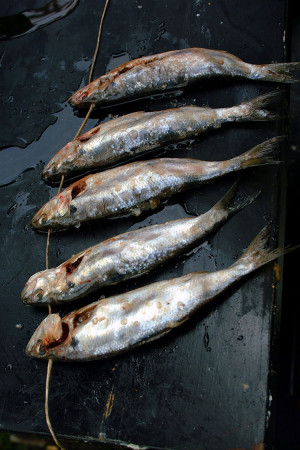 It is said that these Greeks taught the population of the area how to preserve fish in brine and then dry them, applying to the lake fish the same processes they had used for sea fish. According to these legends, the first involved drying with salt alone, while the second required the addition of water. What can be said with certainty is that the tradition has come down to the present day in the form of missoltino, a Slow Food Presidium that has also made the fortune of a number of restaurateurs. 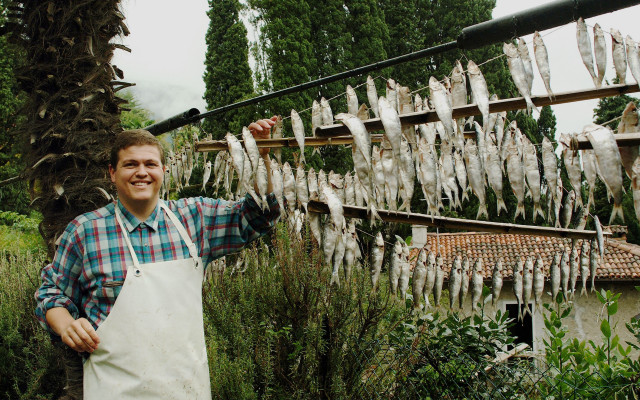 A typical example is that of Silvio, a restaurant with a family tradition dating back to 1919. Still today, in the kitchens of the restaurant of Bellagio, missoltino and many other fish from this lake are served according to traditional recipes that have remained unchanged over the centuries.