The setting for this mystery is the so-called Triangolo Lariano, a large triangular territory bordered to the south by the Briantei lakes and to the east and west by the two branches of Lake Como. Here, and only here in Italy, there found the massi avelli, large boulders, or “erratics” of glacial origin, into which burial tombs hewn out. Dating back to an age of glacial cooling 600,000 years ago, with the first quaternary glaciation, causing the polar ice to extend to cover the lands of today's temperate regions. 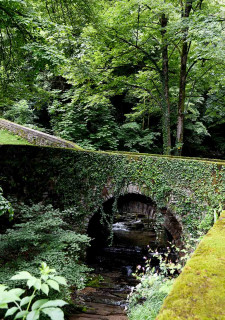 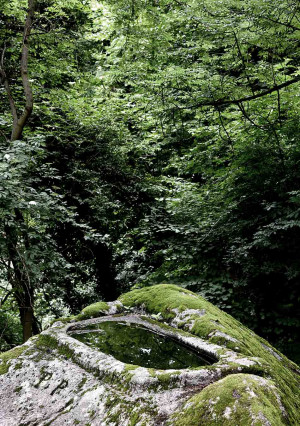 There were ice ages interspersed with interglacial phases during which the temperature rose and the ice receded. For no less than 12,000 years this tug-of-war between the ice and the land continued, until the large V-shaped valleys were filled with debris. The retreating glaciers left behind wide moraines, with the characteristic U-shaped valleys permitting the deposit of large erratic boulders from Val Malenco, Valchiavenna and Val Masino. Our ancestors considered these boulders magic stones, because their nature was so alien to that of the local lands. 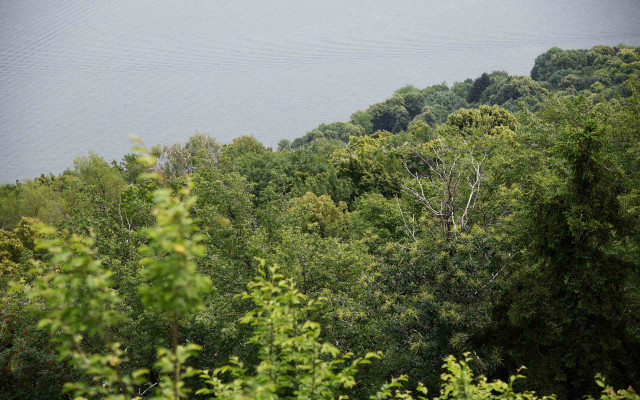 Could they perhaps have been brought there by giants? For a magic ritual? Or by a volcanic eruption that happened who knew where? For centuries they were focal points for popular beliefs and superstitions, with the result that they became places of worship. A historical mystery, they are of uncertain date and nothing is known about the human beings who created these tombs. Certainly, they were reserved for important people such as warriors, priests, and chiefs, and may have been made by the barbarian populations of Goths and Franks who settled in this region on the fall of the Roman Empire, between the fifth and sixth century AD. Thirty-two of these have been officially classified, while there are another seven that remain in doubt. They are irregular in shape, resembling a bath, within which there is a kind of pillow on which the deceased placed his head. The edges are always rounded, to help support the lid that closed the boulder to stop rainwater from leaking in, causing it to run along hewn side channels. 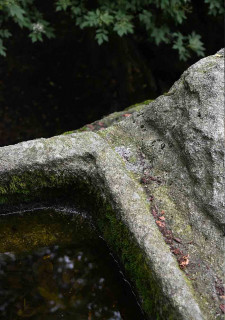 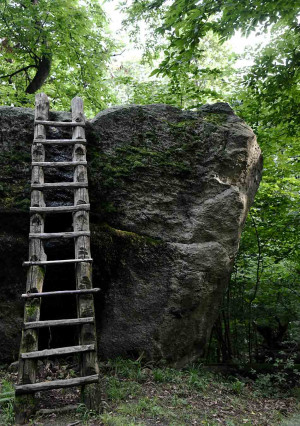 The massi avelli are in dominant positions in the landscape and often point in the direction of the midday sun. Those wishing to see them can start out from Torno and go upwards to the locality of Caraniso, where the boulder known as the 'Maas' is located. From here, there is a mule track that leads up to the houses of Montepiatto. After a short initial detour, the traveller comes to Rasina, where there is another of these tombs to see. From Montepiatto, on the other hand, the trails takes in Pietra Pendula, Pietra Nairola, which is on the way that leads to Brunate, or in descent to the hamlet of Piazzanga, and thus on back to Torno. On taking a detour of about 30 minutes from this itinerary, the visitor can view the massi avelli of the farmstead areas of Cascine di Negrenza and of 'i Piazz'.