Its regular geometry is interrupted by the curves of the triforium that allows the whole building to breathe. After the passing of many years its halls are once again splendid, unifying the beauty of by-gone ages with the linearity of contemporary design. 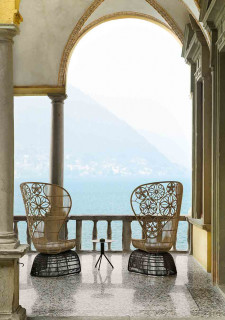 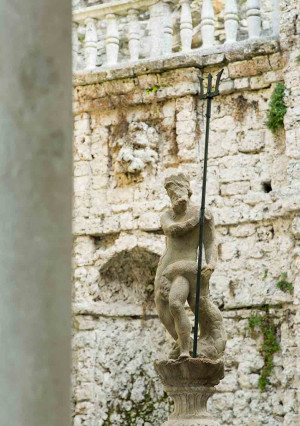 The villa seems to emerge from the waters of the eastern boundary of the Torno, clinging to a rock from which intermittently issues the spring at the very heart of villa, as described by the Plinies, and studied by Leonardo himself. Imposing and immovable, proud and eccentrically magnificent, Villa Pliniana’s solid and clean architectural lines are in counterpoint to the ruggedness of its natural setting. Pliny the Younger spoke of a popular inn in the area, perhaps on the ruins or remains of a succession of settlements, while the governor of Como Giovanni Anguissola had the villa built here for himself in the years from 1573 to 1577. Though its origins are lost in the mists of time, and uncertain persists about its construction, it is most likely the work of the leading architect of the second half of the sixteenth century Giovanni Antonio Piotto, known as the Vacallo, even though it has long also been attributed both to Pellegrino Tibali and to Galezzo Alessi. One thing that is certain is that the structure rotates around the spring that located in the loggia. 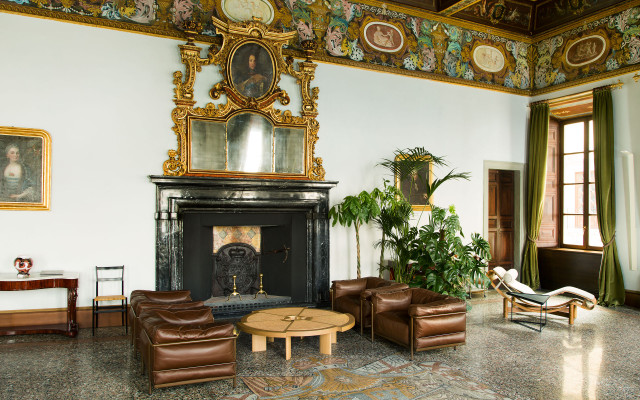 Although the building presents closed outward facing aspects, with its four orders of windows broken only briefly by a three-arched portico supported by twin columns, the interior is a light and airy space, whose terrace affords magnificent views. The panorama is accompanied by the gurgling of water flowing from the spring, just there behind the statue of Neptune. It seems as if the surface of the lake is within touching distance of the windows of its two great halls. 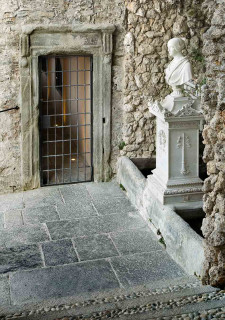 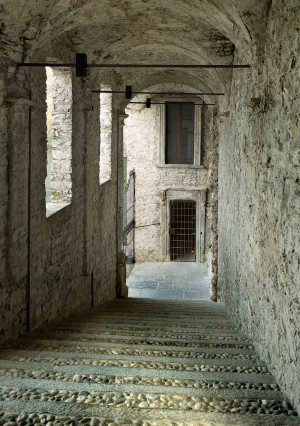 When Giovanni Anguissola died in 1578 he left Villa Pliniana to his grandson Giulio, who in turn sold it in 1590 to Count Pirro I Borromeo Visconti. It was not be until well into the following century, in 1677, and with the passing of the property to the Canarisi family, that the villa and its garden and interiors would be restored to their former beauty. In 1870 it was bought by Prince Barbiano of Belgioioso, who furnished it in the sumptuous manner so fashionable in the later nineteenth century. For eight years the villa was the scandalous love nest of the Prince and the Princess of Wagram, Anne Marie Berthier, wife of the Duke of Plaisance. The location became the haunt of intellectuals such as Ugo Foscolo, who wrote here a part of ‘Le Grazie’, of Gioacchino Rossini who composed his ‘Tancredi’ here, and it was also visited by Napoleon, while Shelley, Stendhal and Fogazzaro drew inspiration from this, and the latter in particular for his ‘Malombra’. 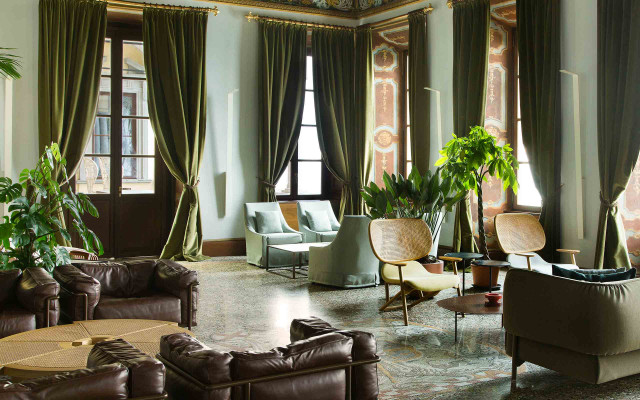 After the Belgioioso dynasty the Pliniana passed to the Trotti-Bentivoglio and then to the Valperga di Masino, who took all of its original furnishings away to the castle that bore their name. In 1983 the whole of the building and the grounds found their way to the Ottolenghi family, which began on restoration work that would take thirty years.