The faultless rhythm of geometries that are entirely Italian in their forms, lend a certain harmony to the terracing of this lake-view garden, accompanied by a long staircase in stone and cobbles leading right down to the dock. 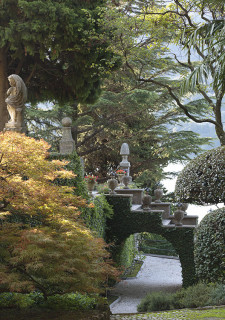 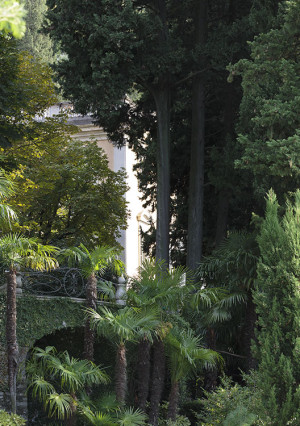 Set in the grounds of the park, the 18th century villa was built on the ruins of a fort and later became a castle and monument rich in history. Over time, and through the efforts of a number of families of the high nobility, the location has been carefully looked after and re-interpreted, with everything from sumptuous receptions to naval battles, while today it has become a place of spiritual retreat. 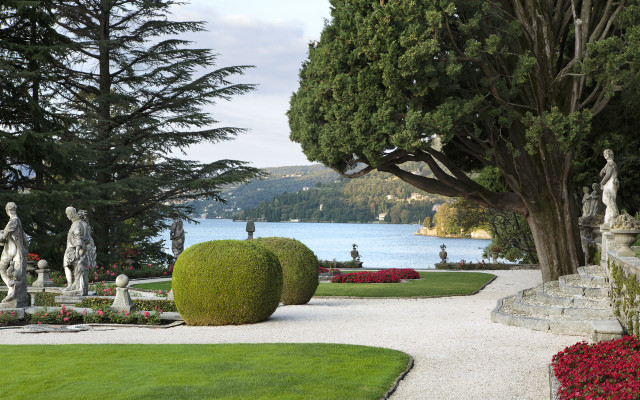 The Castle of Urio is deeply set in greenery which shares the space with statue friezes, and large urns and pinnacles that descend from the house to the waters of the lake along a path lined by monumental cypresses. The romantic taste adds charm to this magnificent villa turned into a castle by Conte Gaetano Melzi in the first half of the 19th century. Castello di Urio is part of a iconographic history published in The Green Side of Lake Como. The book tells a selection of the best, both publics and private, gardens of the Lake Como.